Look back on Social Media Platforms in 2022

Not Sure How Social Media Platforms Are Performing?

Social Media remains a critical component to any businesses digital marketing strategy. As always with digital marketing it is important to use current data to indicate what trends to look out for in the near future. The main social media platforms in North America and Europe (Facebook, Instagram, Tiktok and Twitter) had different performances across this year. 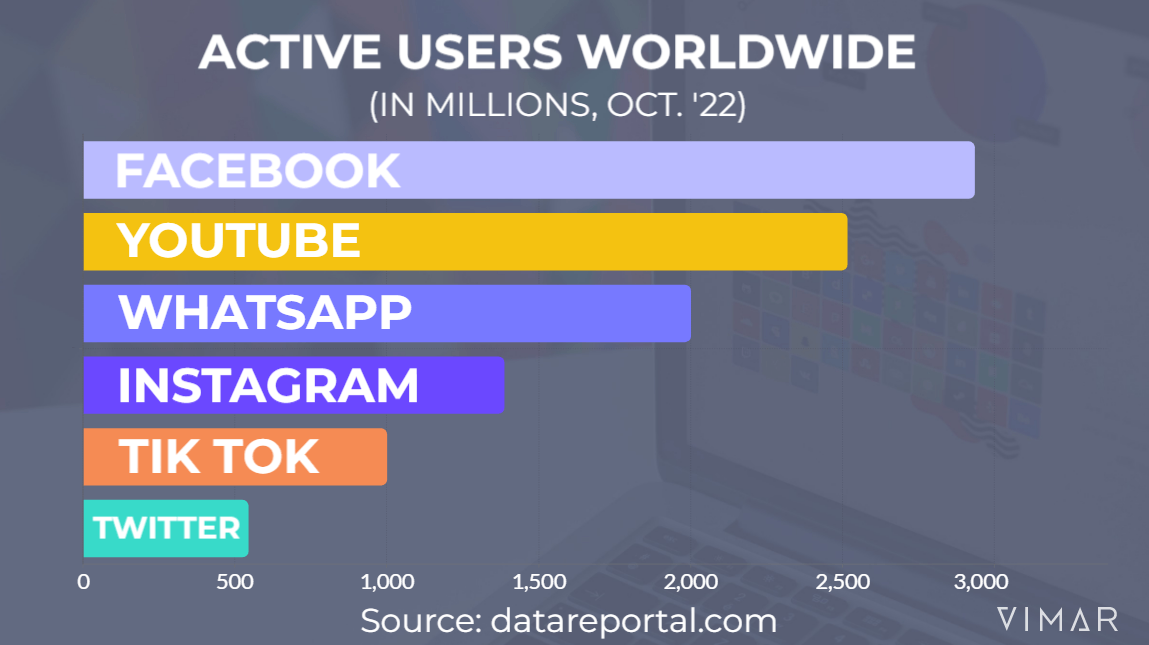 Meta Platforms Inc., owns 4 of the most used social media platforms (Facebook, Instagram, Whatsapp, Facebook Messenger). Facebook remains the world’s most widely used social media platform, with almost 3 billion monthly active users and it claims that this number is “only one out of every five people on Earth.” Apart from Facebook, Zuckerberg owns Instagram, Whatsapp and Facebook Messenger which had more than 1 billion active users last month.

Aside from Whatsapp and YouTube, which had more than 2 billion active users, Instagram has kept growing last year and had almost 1.5 billion users in October. Tik Tok has sharply risen compared to Twitter with almost double the number of users. 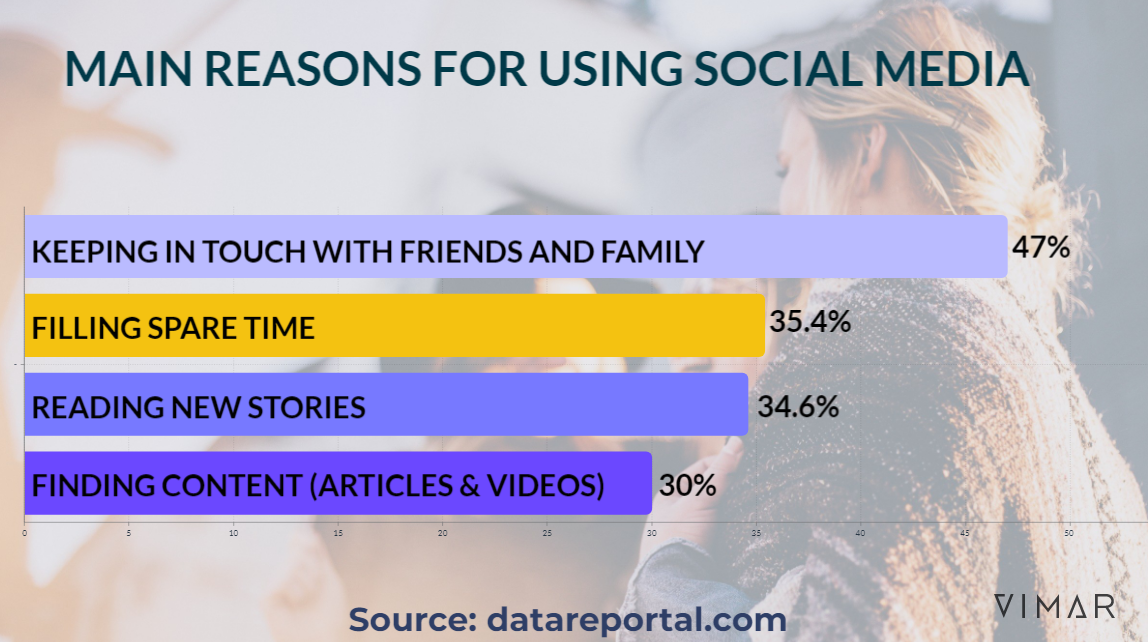 What Are The Insights from Social Media Users? 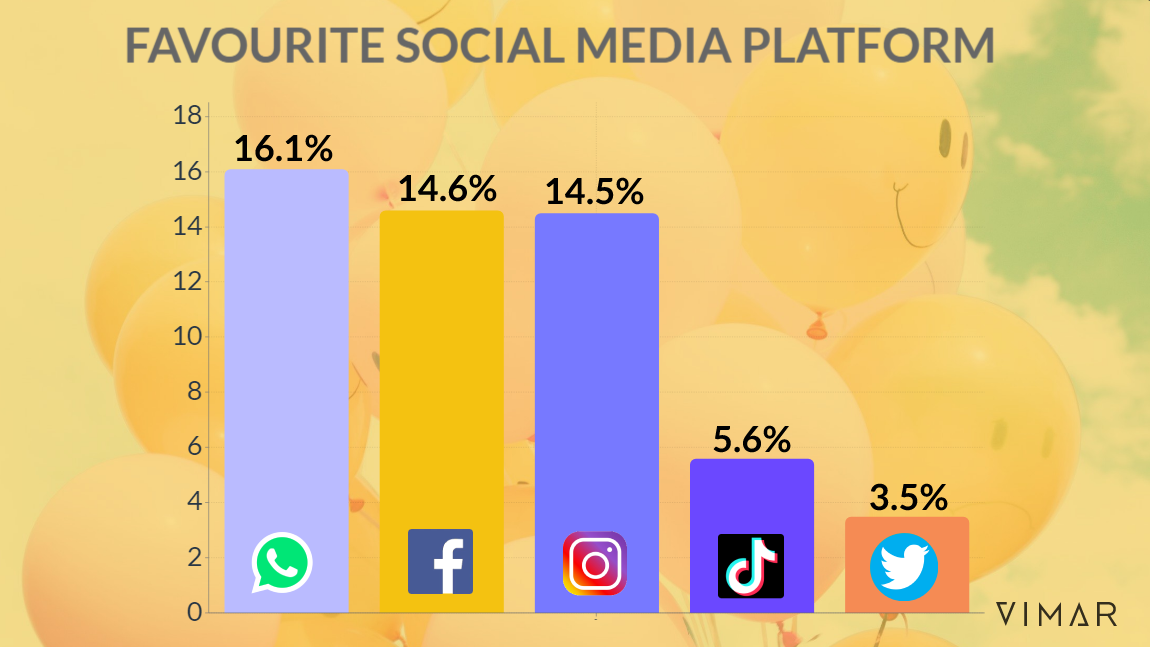 Facebook is still the favourite social media platform (apart from Whatsapp), Instagram is in a close third place with almost the same percentage of users as Facebook. 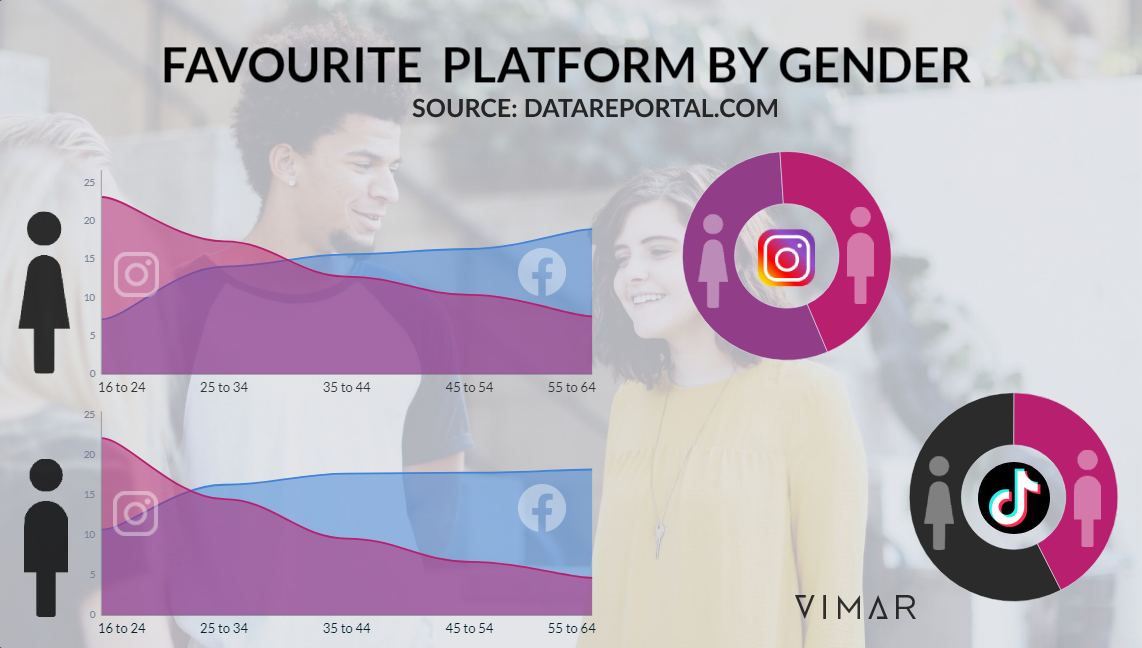 Which Social Media Platform Is Generating More Engagement? Which Has The Best Reach Rate?

TikTok is a popular social media platform, especially among millennials, and while they still have plenty of room to improve it’s clear that the app has been successful so far. While it’s the newest social media platform, TikTok has the best engagement with audiences, 6.73% in October 2022, and it still records an ascending trend. As an experienced brand, you’ll want to start thinking about what content will work on the platform. Over time, the platform will become a go-to digital marketing tool for brands to reach and engage with their target audience. 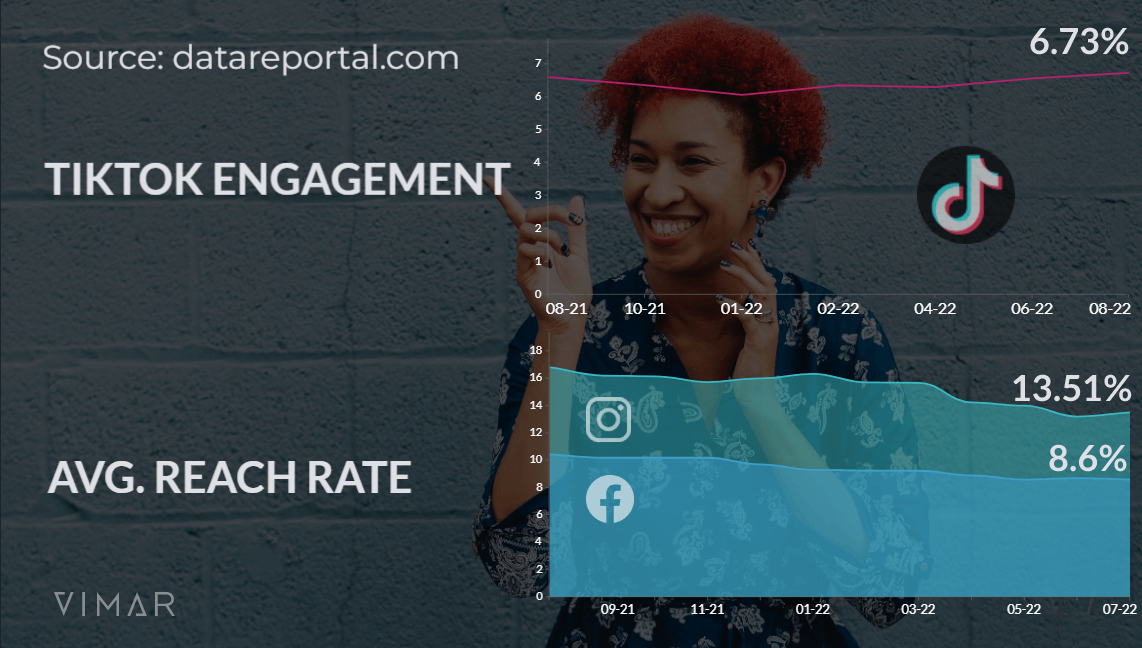 While in 2022, Instagram registered an average reach rate of 13.51%, Facebook’s average reach rate goes only up to 8.60%. Although there has been a decrease in the average reach rates across multiple social media channels, Instagram has the most notable downgrades. It certainly looks like the rate at which Instagram dominates Facebook is now decreasing over time, even though it’s still up considerably. Theoretically, this could be due to a number of factors: For one thing, Facebook’s algorithm has been tweaked in recent years to make sure that posts are seen by more people; they also drive their top posts through the news feed. As a result, fewer people are hitting the site and subsequently posting on Instagram directly.

Organic Traffic of The Main Social Media Platforms In 2022? 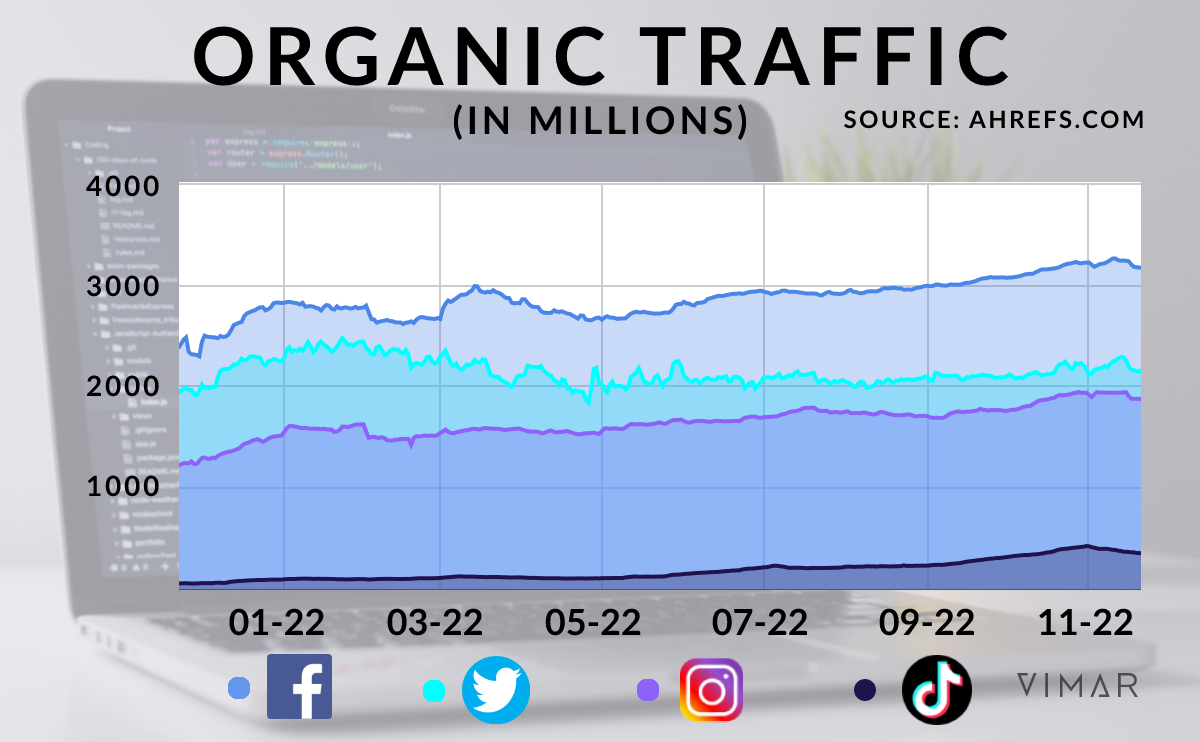 According to organic traffic, Facebook is in first position and had been growing until October. In the second position is Twitter with an average 2 billion visits per month, its position has been stable since May but in November is starting to lose traffic. The next platform is Instagram which has been growing since March and is getting closer to Twitter. The last position is for TikTok, the newest social media platform of all these. It had a steady growth all this year until the last month.

If you would like assistance with your digital marketing in 2023, our team is here to talk about your requirements. Our marketing service is bespoke to your business and tailored to your online performance requirements. Get in touch today[2] to learn how we can assist your business going forward. 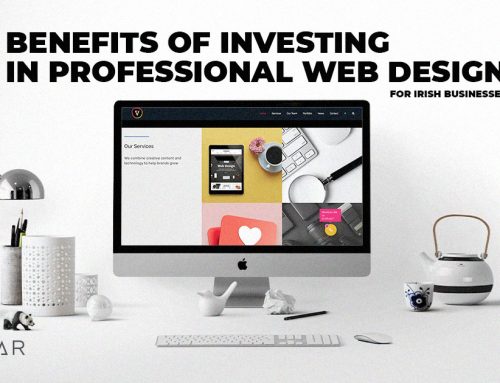 Benefits Of Investing In Professional Web Design For Irish Businesses 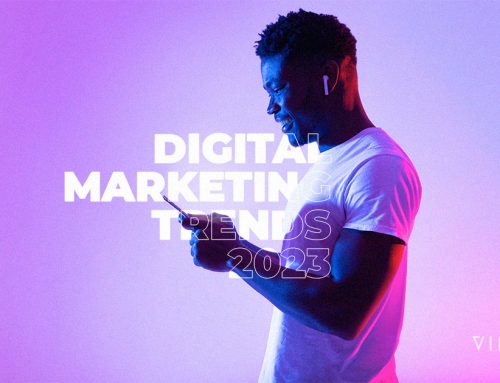 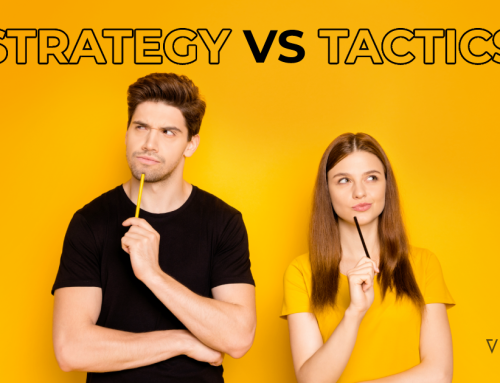 Marketing Strategy vs Marketing Tactics – Get it right in your business 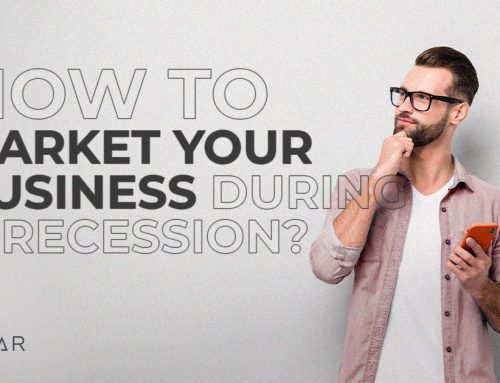 How To Use Marketing To Grow Your Business During A Recession 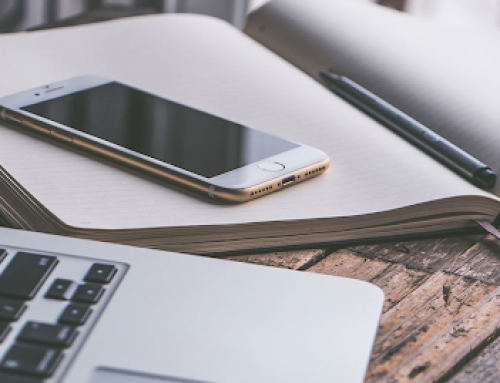 How To Use Social Proof To Grow Your Business Gallery

How To Use Social Proof To Grow Your Business

Page load link
Cookies
To make this site work properly, we sometimes place small data files called cookies on your device. Most big websites do this too.
Accept
Go to Top